December 03, 2017
Can't remember if I've talked about with this before in my blog, it's been a while. Mainly because I've been working towards this idea. Rather than building a social network I've instead moved on to doing the whole cloud myself. Removing Google, Amazon, and Microsoft from my life, I would encourage others but that's wishful thinking. Instead I'm just doing my own thing. Got myself a server and moved all my applications out of the cloud. Of course some of the stuff I use are hard to move like this blog but for everything else I'm completely independent. 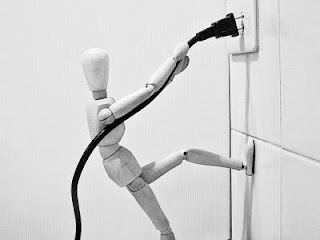 For a lot of people this might seem a strange time to do this, with cloud computing becoming cheaper and easier. I see the writing on the wall. Obvious reason, my competitive business model, with the big three companies. Its becoming more important for me to move out of the cloud. So even if I wasn't already worried or paranoid as some might call it about my code. I'm already competing at some level with the big three. Of course my modal is much different. I would much rather be a little as possible until I was ready to support real clients. Regardless I'm build my own cloud for myself just to have the ability. Limiting myself to just what I need to so I don't need the cloud.
Web Development