July 17, 2017
Last year I bought a really cheap 3d printer  which was a self-built kit based on the priums 3. Its been years since my beginner course high school on electric. However I didnt have any issues picking things backup and getting to working. The printer I got have zero notes or instructions but for $110 what can you say.

Notes
"The AC "L" and "N" probably mean "Live" and "Neutral" respectively. The ground next to it is the Earth ground. The V+ and COM are the DC output terminals, which you could also say are V+ and V-, respectively" BLACK = HOT WHITE = NEUTRAL GREEN = GROUND If you use a computer power cord or other cord based on the international wiring color code: BROWN = HOT BLUE = NEUTRAL GREEN/YELLOW STRIPE = GROUND 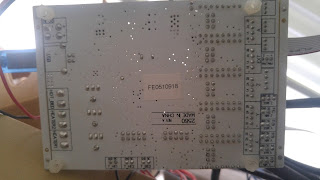